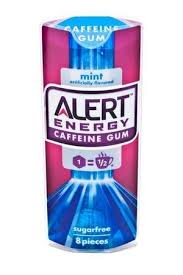 Everyone knows about the evils of soda –no nutritional value, high sugar content, contributor to obesity, diabetes, even heart disease. Sugar – whether in the form of corn syrup or rapidly digested sugar – is the major dietary villain. And while some schools ban sodas from school vending machines, a kid with a coke is as American as pie.

Just when you weren’t paying attention, caffeine is gaining on sugar as the next red flag. “While studies have shown that caffeine can cause a physical dependence and result in withdrawal symptoms such as headache, fatigue and muscle ache, many parents forget that this substance is a drug,” said Stanley Grogg, DO, an associate professor of pediatrics at Oklahoma State University Center for Health Sciences, College of Osteopathic Medicine. “Children who has become accustomed to 3-4 caffeinated drinks per day will have some type of reaction if they’re denied their ‘daily fix.’” For those who think that sugar free cola is the better of two evils,  think again: According to the Mayo Clinic, diet coke has over 10 mg more caffeine (38-47 mg.  in a 12 oz can) than coke classic (30-35mg) in a12 oz can.

Caffeine, says a 2011 report from the American Academy of Pediatrics, “increases heart rate and blood pressure, and could negatively affect a child’s developing neurological and cardiovascular systems.” No surprise that the report found that sodas were the most popular source of  caffeine for kids.

Maybe not for long: Caffeine hit the news recently with Wrigley introducing – and then quickly taking off the market – Alert Energy Gum — caffeinated gum with a pack equal to 4 cups of coffee. Think about that on little league field.

But there’s the less-publicized Jolt Gum, Wired Waffles (200 mg/slice), Arma potato chips (70mg/2oz) and LTR’s favorite, Cracker Jack’D, made by none other than Frito-Lay.

There are even caffeinated gummy bears and jelly beans. For a list of caffeine content in food and drink, go to the wonderful Center for Science in the Public Interest who have been toiling in the nutritional trenches for decades.

How much caffeine is okay? The FDA, according to Michael Taylor, deputy commissioner for foods and veterinary medicine, sets the bar at  400 mg/day for adults. “FDA has not set a level for children, but the American Academy of Pediatrics discourages the consumption of caffeine and other stimulants by children and adolescents. We need to continue to look at what are acceptable levels.”

Why not think tea: While LTR has pointed out that caffeine levels in tea are all over the charts (see LTR postings on caffeine in tea) tea has less caffeine than coffee, some chocolate — and also soda. Caffeine in tea occurs naturally from the leaves of the camella sinensus plant. Since these leaves are  rich in anti-oxidants and polyphenols, there are added health benefits.

Now here’s where it gets interesting. “In moderate doses, caffeine can cause insomnia, headaches, dizziness, irritability, dehydration and can slow the absorption of calcium, which is needed for strong teeth and bones,” according to Dr. Grogg. Yet a recent study showed that post-menopausal women who were given green tea capsules had increased bone density. Other studies have pointed out tea’s benefit in weight loss, which LTR has covered in previous posts.  Tea also contains L-theanine, an amino acid that acts as a buffer against caffeine. What this means is that the caffeine in tea does not give the same  jingle jangle as a cup of  high octane coffee. Add up the nutritional values of tea (anti-oxidants, polyphenols) and the fact that caffeine in tea is metabolized much slower than coffee in the body — it’s a natural for the younger set to discover.

Which is exactly what is happening. Stay tuned for next posting on tea for kids in Texas. Yes, Texas.

Are we poisoning our kids?

“Kids were so used to sugared drinks that when we gave them mango tea,…

Unless you grew up in South Africa, chances are you never heard of Honeybush,…

Take the stress test, then sip and chill

If you've wondered what ever happened to LTR, in a word: Moving. As in going…