Who knew that tea keeps teeth and gums healthy?  With all the tea buzz about cardio and anti-cancer, nobody talks about the role tea plays in keeping your pearly whites strong and gums pink. But think again: Tea leaves have fluoride and anti-inflammatory anti-oxidants. Makes sense this would play  role in tooth and overall health. Here are two studies that definitely give you something to chew on. (Sorry, folks, couldn’t resist.) 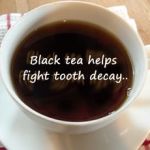 Rinsing your mouth with black tea ten (!) times a day for a minute results in less plaque than  a plain water rinse, according to recent research at University of Illinois at Chicago. 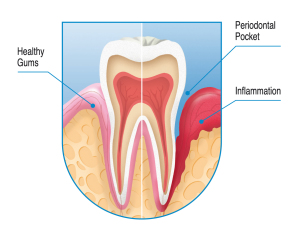 Do your gums bleed? Dentist told you there are pockets in your gums?  Do your teeth feel loose? Might be the dread gum or periodontal disease leading to painful and expensive surgery. 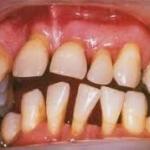 But green tea might be the answer. Here’s why: In a Japanese study published in the Journal Of Periodontology, 940 men were examined for three gum disease markers: bleeding gums upon probing, pockets in the gums and weak teeth becoming detached from supporting  bones. Researchers found that for every one cup of green tea the men drank, there was a decrease in all three indicators. Simply stated, tea reduced gum disease.

Here’s what makes this really  interesting. The three symptoms of gum disease: bleeding, pockets, and weakened bone attachment to teeth, may be an inflammatory reaction to periodontal bacteria in the mouth. According to a report by  the American Academy of Periodontology  “By interfering with the body’s inflammatory response to periodontal bacteria, green tea may actually help promote periodontal health, and ward off further disease. Periodontal disease is a chronic inflammatory disease that affects the gums and bone supporting the teeth, and has been associated with the progression of other diseases such as cardiovascular disease and diabetes. 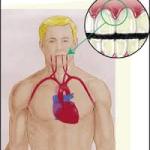 “Periodontists believe that maintaining healthy gums is absolutely critical to maintaining a healthy body,” says Dr. David Cochran, DDS, PhD, President of the AAP and Chair of the Department of Periodontics at the University of Texas Health Science Center at San Antonio. “That is why it is so important to find simple ways to boost periodontal health, such as regularly drinking green tea—something already known to possess certain health-related benefits.”

By now, you've probably forgotten about the  post -thanksgiving  stupor characterized (if you can recall)…

The Next Hidden Epidemic?

Everyone knows about the evils of soda –no nutritional value, high sugar content, contributor to…

In a push to quantify and authenticate what teanistas have known forever, scientists often sacrifice…